Ramblings about this & that! 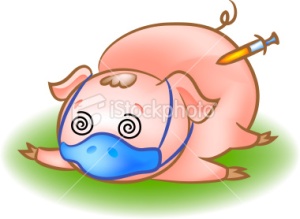 Ever since the news that a citizen of Raa Atoll Inguraidhoo died of the effects of swine flu, I have been in a constant state of ‘panic’ over the lack of awareness amongst ordinary citizens on how rapid the transmission of this virus is, which has effects similar to that of a common cold. Due to its rapid spread throughout the world, risk groups have been identified which include young children and old age people and those who have underlying health conditions which can worsen the effects the H1N1 virus has on our body. And the fact that the person who died had contact with a lot of people during his last few days, few of whom have already been tested positive for H1N1 is quite worrying.

With 12 confirmed cases of the flu in the country, 5 of them still ongoing treatment, the stories of people with high flu visiting the hospitals seem to trickle in. Within such a congested community as ours, prevention of the hike in the number of cases lies within us citizens. We need to be more aware on how this virus transmits, the precautions that we can take and pray that we are spared the effect of this virus which is reported to have mutated to a form that is resistant to the medication that is currently available in the market.

Mass gatherings should be avoided whenever possible, and those who have flu like symptoms should stay at home until the worst is over. It is the nature of us Maldivians to just ride out the cold symptoms with a bunch of Panadol tablets. And even when the cough symptoms persist, with the sound of booming cough bringing tears to the bystanders eyes, even then the policy is to ride the storm out. However, this should not be the case especially when the pilgrims on Hajj would be returning to Male’ within the coming week signaling the start of the Hajj flu season.

Doctors have advised that the best thing we can do now is practice better hygiene, i.e. wash your hands as frequently as possible with soap, preferably a disinfectant soap such as Dettol or Life Bouy, and if one develops flu like symptoms, regardless of the fact that it may or may not be Influenza A, to stay at home and avoid contact with large masses of people and take enough rest so that the body can get on with the job of healing itself.

I was appalled at the thought of the thousands of spectators in the Galolhu Football Stadium on Saturday night, when the exact number of cases of swine flu as well as how the person who died after contracting the disease actually got the virus in the first place remains in a grey area. For now, we should adhere to the advice given out by the health professionals and pray to Allah that our country be spared of this virus that could wipe out a huge chunk of our population if we aren’t careful about it.