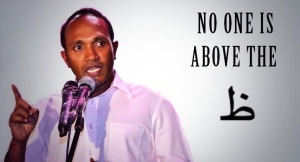 I’d be the furthest thing from being a fan of the current Vice President Dr. Mohamed Jameel Ahmed. His arrogance, the hate pamphlet that he produced to undermine Nasheed’s presidency etc. are huge factors contributing towards my avid dislike for him. Bashing Jameel is quite the thing. He makes it easy. By being him. But right now, what I don’t understand is the need to undermine him as the Vice President, Maldivian Democratic Party (MDP) and its supporters joining hands with hat of the ruling party, Progressive Party of the Maldives (PPM) & its ally Maldives Development Alliance (MDA) to lay the “groundwork” that would oust him from his position.

This brings to the mind the episode in which MDP wanted to oust the previous Prosecutor (PG) General Muizzu from his position back in 2012 for whatever reasons. Muizzu resigned without giving MDP the satisfaction. The ‘devil’ that came to replace Muizzu has become the instrument that has been playing to every tune of the current regime, prosecuting everyone left and right with charges of terrorism, even the revered President of MDP President Mohamed Nasheed himself, who was sentenced to 13 years imprisonment, currently transferred to house arrest while some obnubilate deal goes through with the government. Ah. How ‘lovely’ is it when these obscure ‘ha kulhi kuriah’ (six steps ahead) maneuvers tends to blow up in MDP’s face. Point; MDP never seems to learn. 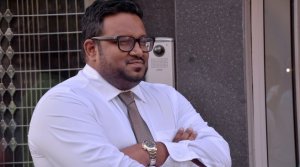 This time, it’s the case of Dr. Jameel vs Ahmed Adeeb, the tourism minister of the current regime. Unlike last time with the PG, MDP knows PPM’s game plan. That Adeeb would be the one that would be the most likely to replace Jameel. With all of Jameel’s faults, and those are numerous if you ask me, I still don’t see how Adeeb is a better catch compared to Jameel.

Adeeb did as much and was as damaging to Nasheed’s presidency before the Feb 7th coup. One has only got to bring to the mind the anti GST campaign Adeeb launched in 2011, one of the many efforts to cripple Nasheed’s government. Coming to the present, the vast allegations of corruption that Adeeb holds to his name, the abuses of power he has been accused of, accusations of his involvement in the disappearance of the Minivan News journalist Rilwan etc. are all reasons enough to believe that when it comes to Adeeb vs Jameel, there really is no lesser evil.

MDP seems to be guided by reasons such as Jameel threatening MDP and its candidate Nasheed during 2013’s presidential race by stating that even if Nasheed were to win the runoff, he would not be allowed to assume power. Thus the rationale, he refused the toy that belongs to us & therefore we are entitled to our petty revenge, regardless. Regardless of the chaotic future this deal might unearth in the coming future.

They say tyrannical people will be replaced by people who are more tyrannical than them. And they do say karma will come and find you and slap you on the face, six ways till Sunday, wherever you maybe hiding. Perhaps it’s a case of all of that for Jameel, since the party that was founded upon the principles of democracy, transparency, people’s rights etc. seems to have turned their backs on all of it, to accept a deal of which no details have been forthcoming, to make their supporters understand the reasoning, if at all, behind any of it. Thus. I just have one thing left to say.

May the Maldivian opposition rest in peace. Amen.

“And do not incline toward those who do wrong, lest you be touched by the Fire, and you would not have other than Allah any protectors; then you would not be helped.” (Hud: 113)