President Yameen’s First Five Years in Office: The Good, the Bad, and the Despicable

On 17th of November 2013, President Abdulla Yameen Abdul Qayyoom was sworn in as the 4th elected president of the second republic of the Maldives. With the blessings of his half-brother, former President Maumoon Abdul Qayyoom (who is now in jail), and coalition partners that included the likes of Qasim Ibrahim, leader of Jumhooree Party (now living in exile in the UK), and religious cleric Sheikh Imran Abdulla, leader of Adhaalath Party (now serving a hefty jail sentence on charges of terrorism), President Yameen managed to clinch the victory by garnering 51.39 per cent of the votes in 2013’s runoff election. We are now coming towards the end of President Yameen’s first term. The Constitution of Maldives allows a sitting President to contest for a second term; two terms being the maximum number allowed for any President stay on in the position.

One of the most prominent features of President Yameen’s presidency would be his contentious relationships with his vice presidents. The first being Dr. Mohamed Jameel, who was his vice presidential candidate, who fled the country amidst the dirty politics that took place to remove him from office. He too is now living in exile in the UK. The second vice president, Mr. Ahmed Adeeb, who came in with all the glamour and pomposity that had been afforded to him through his rise to stardom in President Yameen’s inner circles,  fared even worse. Accused of plotting to assassinate the President, Adeeb is now languishing in prison, looking to serve consecutive jail sentences that would in all probability place him solidly behind bars for the rest of his life. President Yameen’s third vice president Mr. Abdulla Jihad, is the only candidate who seems to have stuck, who has served in previous administrations as the Minister of Finance, the Governor of the Central Bank, and even as a member of the Civil Service Commission.

President Yameen’s coalition campaigned with a manifesto entitled the Yaqeen Manifesto. Special focus was given to areas such as the fisheries sector, promising an income for fishermen even during those periods in which they are unable scrounge up enough of a catch to make a viable income out of it. Empowerment of women was also a notable pillar of this document, promising the female workforce that policies would be made to pave the way for women to work from home. Another pledge was to establish reliable childcare centers subsidized by the government; once again to pave the way for the female workers to play a more contributory role in the labor force. Come today, none of these policies have fully materialized on the ground.

While the public is geared to vote on Sunday (September 23rd 2018), to elect the leadership of this country for the next five years, no one can accuse President Yameen’s administration of having being an uneventful one. Dogged by one scandal after another, which forced the incumbent to tighten his hold and oft times reveal his true colours, President Yameen’s presidency has been one of the most dramatic of reigns, perhaps even within the South Asian region. With his foreign policy strongly China-centric, President Yameen’s regime has sidelined India and other neighbours, and continues to snub the European Union and the US for “meddling with the country’s sovereignty”.

This article is an attempt on my part to take a look at  President Yameen’s policies during his five year term with as much of an objective mindset that I can muster. It takes into consideration the good, the bad, and the despicable about his government. These are based on various news articles that I have read as well as my own beliefs when it comes to his developmental agenda and good governance. Having an avid interest in public policy, I have this drive to try and understand leaders, their policies, the implementation of said policies, and the idiosyncratic factors that defines a leadership, which I believe goes a long way towards establishing key moments of any administration.

Whatever good that has come out of President Yameen’s first five year term belongs in the “infrastructural development” category. President Yameen’s presidency will be remembered for the infrastructural development that it brought to certain selected areas of the Maldives, garnering him what little support he has been able to muster throughout the country. How these projects were carried out, at what cost; that is not the focus of discussion at the moment. Highlights of some of the key projects are listed below.

For supporters of President Yameen and his developmental policies, there would be many more programs and projects which they would consider to be a success, worthy of a mention. 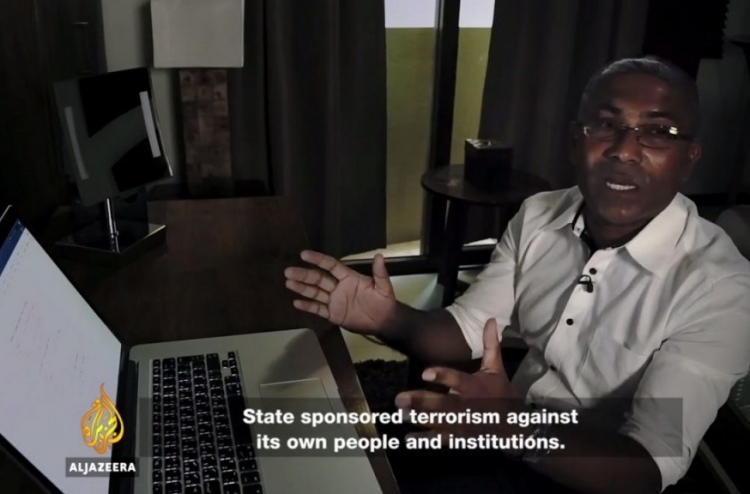 Ex-Auditor General Niyaz, who was ousted through amendments to the Audit Act. He was ousted for investigating the MMPRC scandal. Source; The Edition

Most of what is listed under this category has to do with governance, transparency, and accountability of elected officials and independent institutions that are the guardians of the democratic system. President Yameen’s five years in office has ensured that corruption become endemic, institutionalized, and the accepted norm owing to various rhetoric used by government officials to justify this atrocity. Statements like, “there is development even if there is corruption”, or “corruption is a bi-product of development”, or “we spent double the amount it would have incurred to speed up the implementation” – these are all designed to make norm of a practice that rips off a country’s wealth and destroy its future.

The most despicable aspect to the regime is its disregard to the sanctity and dignity of human life. Photo shows journalist Rilwan’s family members holding posters related to the #FindMoyameehaa movement. Source; Maldives Independent

President Yameen’s regime has definitely left its mark on the people in the five year period that he has been president. His MPs have zero shame, following in their leader’s footsteps, taunting citizens with just how untouchable they believe themselves to be. Sexual molestation cases submitted to law enforcement agencies have often being halted because of an affiliation the accused has with a key member from PPM. Similarly, when it comes to the sanctity and dignity of the human life, this is where the government’s actions are unconscionable and most despicable. According to Mv Murders, a total of 27 murders have taken place in the Maldives between 2014 to-date, most of which bear strong evidence of being gang related. However, the President continues to deny the existence gangs, and goes as far as to tell us that they are contributing members of society. Here I list some of the most despicable aspects of this five year regime. I am sure I must have missed out on many, because there are just too many to pick and choose from.

With all that has happened, there remains the fear that more amendments along these lines will come in the course of the next few years, if President Yameen manages to secure his second term in office.

Critics say that we would most likely see the removal of the term limit for the presidency, alongside with amendments to the requirement of the two-third majority of the sitting Majlis needed for Constitutional amendments.

Furthermore, we have also seen President Yameen’s regime use the military to control the Parliament and storm the Supreme Court premises, which saw the arrest of two Supreme Justices for being party to a plan set to reverse the tide of strong arm tactics being used by a presidency riddled with legitimacy issues, dodging one scandal after another. I believe that the fate which awaits us would be much worse, if the next five years are handed to him on silver platter.

My compilation is paltry in the face all that has happened during the last five years. But it is a starting point for anyone who wants to know more, in order to perhaps make an informed decision, before heading to the polls on Sunday.

“Courage is not the absence of fear, but rather the assessment that something else is more important than fear.” ~ Franklin D. Roosevelt